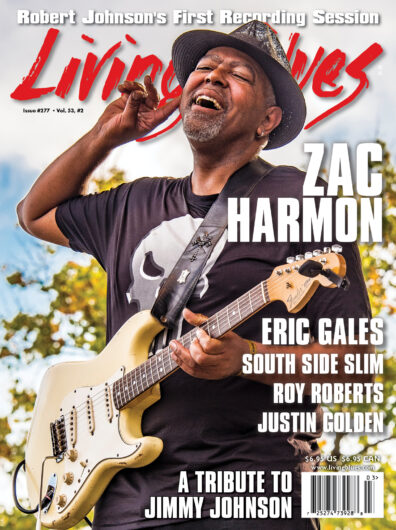 Bluesman Zac Harmon’s life has had many seasons: from his early years in Jackson, Mississippi, to his middle years as a session guitarist in California and New York, to the present days living in Texas as one of the top blues artists on the scene today.

Memphis-born Eric Gales burst onto the scene in the 1980s with his brothers Manuel (later known as Little Jimmy King) and Eugene. The left-handed guitar prodigy has risen to become one of the hottest blues guitarists around.

Can You Dig It?

Hailing from South Central Los Angeles, South Side Slim is one of the last of the old-school L.A. bluesmen. His work to keep the vital local scene alive is a lifelong passion.

If Robert Johnson hadn’t recorded another note after his first day of sessions, chances are he’d still hold an exalted place in blues history. Johnson’s eight sides from that day are some of the most influential blues songs ever cut.