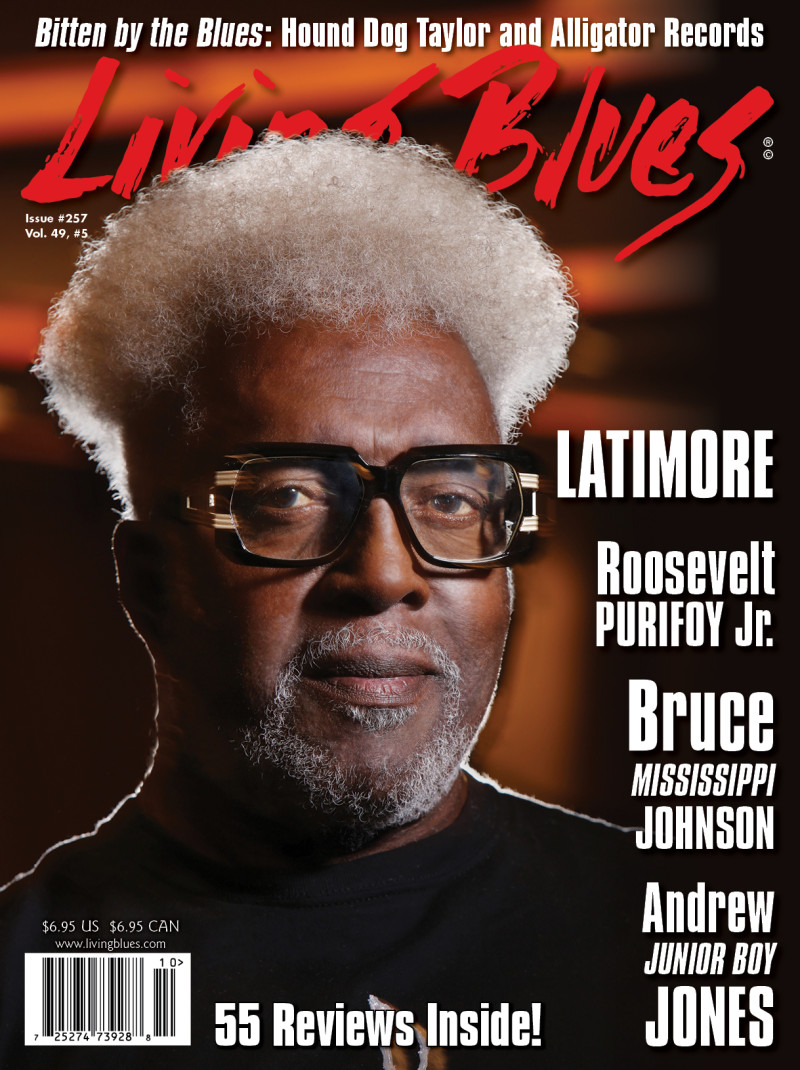 Some Things You Can’t Fake

Forty-four years after Let’s Straighten It Out shot to No. 1 on the R&B charts, the deep, rich-toned vocals of Benny Latimore still melt hearts.

One of Chicago’s top pianists, Roosevelt “Hatter” Purifoy Jr. never thought he would wind up playing the blues. Now at age 60, he has played and recorded with some of the city’s best.

Winner of the 2017 LB award for “Artist Deserving More Attention,” Bruce “Mississippi” Johnson tells a unique life story that has taken him from Starkville, Mississippi, to Zaire, Paris and now England to sing the blues.

Bitten by the Blues

By Bruce Iglauer and Patrick A. Roberts

In this excerpt from his new book, Bitten by the Blues: The Alligator Records Story, label founder Bruce Iglauer tells the story of recording Hound Dog Taylor for his first release.

Artist to Artist with Sheryl Youngblood