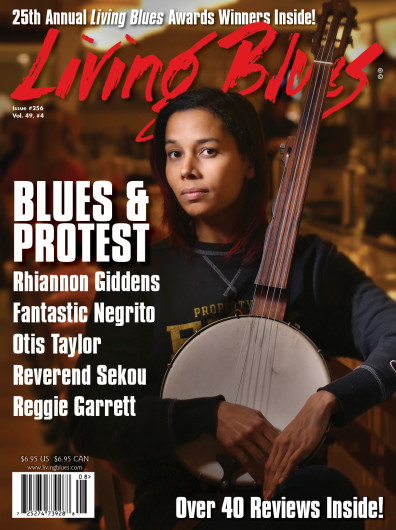 There have been songs of protest throughout the history of the blues. We trace a sampling of the voices of dissent over the decades.

A founding member of the Carolina Chocolate Drops, Rhiannon Giddens has branched out on a soaring solo career that finds her taking on challenging subjects from America’s past and present.

We Can Turn It Around

Winner of the 2017 GRAMMY for best contemporary blues album, Fantastic Negrito has roared onto the scene with a voice and attack that takes on a wide range of nationally relevant issues.

The Heart Is a Muscle Used to Sing the Blues

Colorado native Otis Taylor has been challenging the power structure in America since the 1970s and his focus has only steadied as he has aged.

Reverend Sekou and
the Power of Song

Reverend Osagyefo Uhuru Sekou hails from the Arkansas Delta, but his message of peaceful protest is international. A musician who is also a human rights activist, Sekou practices what he sings.

Breaking Out with Reggie Garret