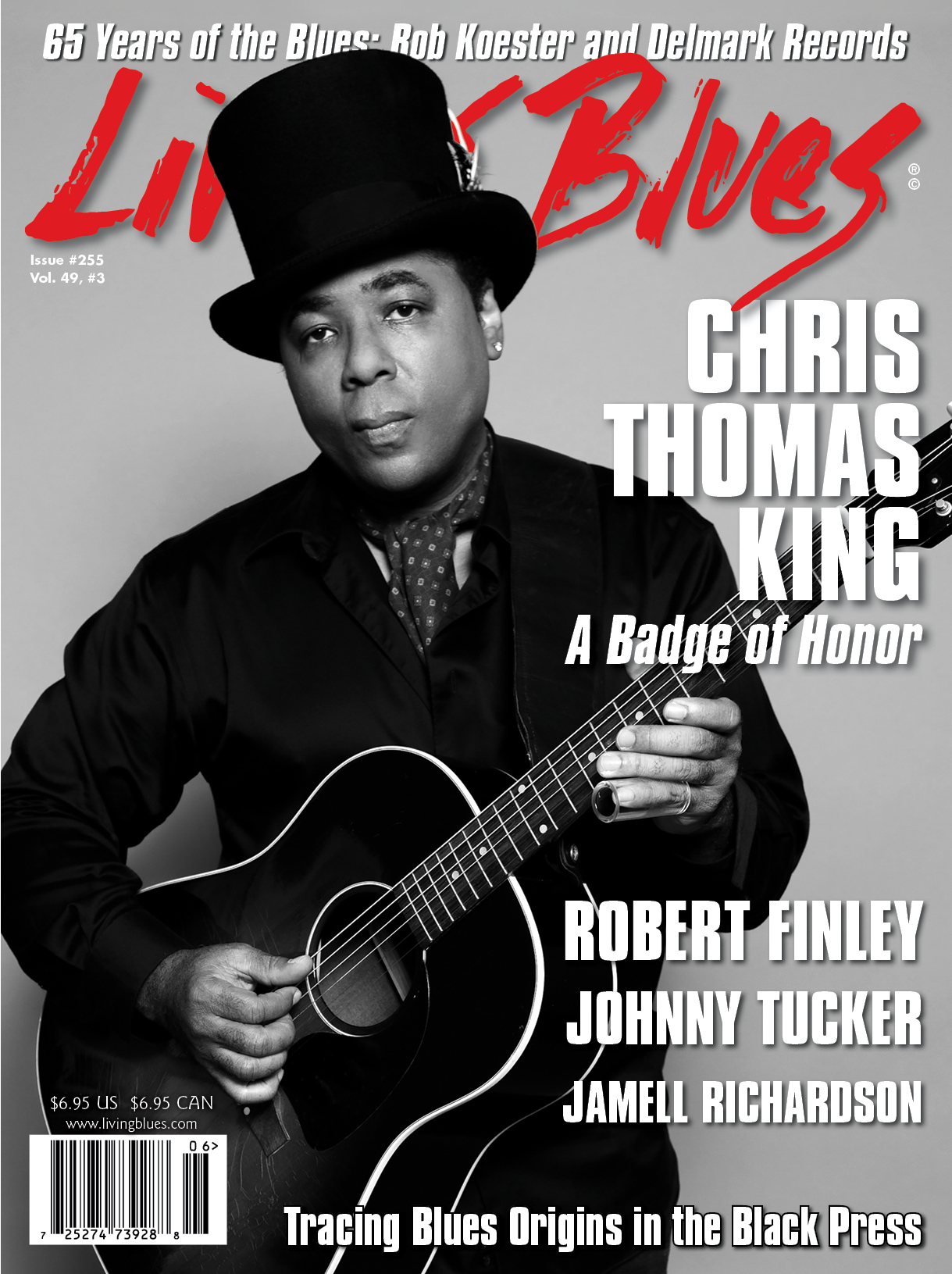 Don’t forget to vote in the 2018 Living Blues Awards!

A Badge of Honor

Second generation Baton Rouge bluesman Chris Thomas King has been making records for more than 30 years and over that time his perception of the blues and where it came from has evolved and broadened. King discusses his early years with his father, Tabby Thomas, and his forthcoming book about the origins of the blues.

Louisiana soul singer and guitarist Robert Finley has leapt from obscurity to stardom in two short years. His raw, unabashed style endears him to lovers of old-school hard blues and soul.

Everything Comes from My Soul

Drummer and vocalist Johnny Tucker has been playing blues since 1965 when he joined Phillip Walker’s band, but he didn’t record a solo album until 2006. On the heels of his second solo release we talk with the colorful character about his years in the scene.

What Are We Going to Do With All This?

We sit down and talk with author Lynn Abbott about the completion of his groundbreaking trilogy of books with collaborator Doug Seroff that trace the evolution of African American popular music from 1888 to 1926.

65 Years of the Blues

After 65 years at the company’s helm, Bob Koester recently sold Delmark Records. We look back at his remarkable life in the blues.

Breaking Out with Jamell Richardson