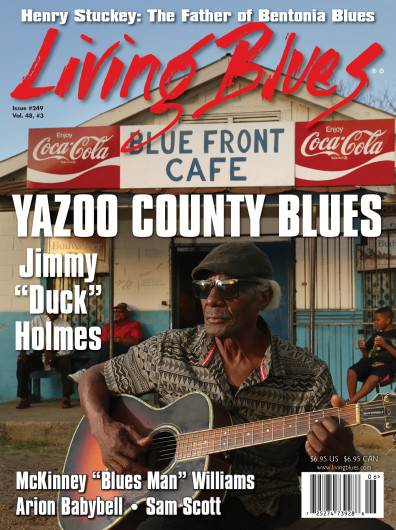 Yazoo County, Mississippi, never had the bustling blues scene of other Delta counties, but there was always music there. We explore the county and the history of its blues.

Jimmy “Duck” Holmes and his family’s Blue Front Cafe have been the epicenter of the blues in Yazoo County for nearly 70 years. His story is intertwined with the history of one of the most unique musical traditions in the blues.

Jimmy Holmes is not the only active bluesman in the area. We take a look at three other members of today’s local blues scene.

The Forgotten Father of Bentonia Blues

Henry Stuckey is credited as the father of the Bentonia style of blues. He mentored Skip James, Jack Owens and Jimmy “Duck” Holmes, and all three spent their lives carrying on his unique musical style.

A Photo Essay by Bill Steber